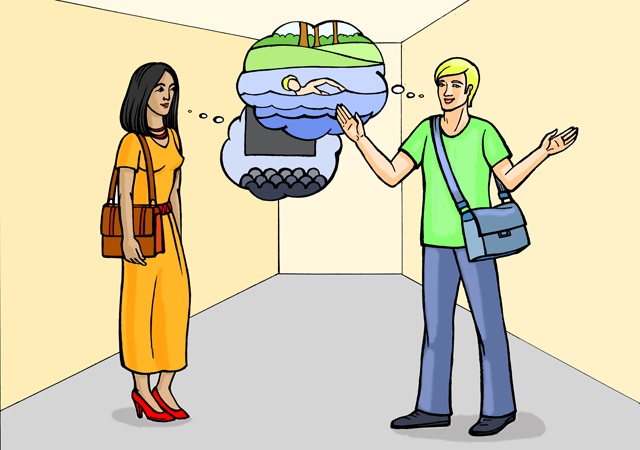 ﻿When forming the past tense in Ukrainian, we add one of two endings, depending on whether the performer of the past action is male or female.

Verbs where the action is performed by males end in -в

Verbs where the action is performed by females end in -ла

If you are asking a man what he did over the weekend, you would say:
Що ти робив на вихідних?

If you are asking a woman what she did over the weekend, you would say:
Що ти робила на вихідних?

Additionally, if you want to say: [I read a book], what you say depends on whether you are a man or a woman.